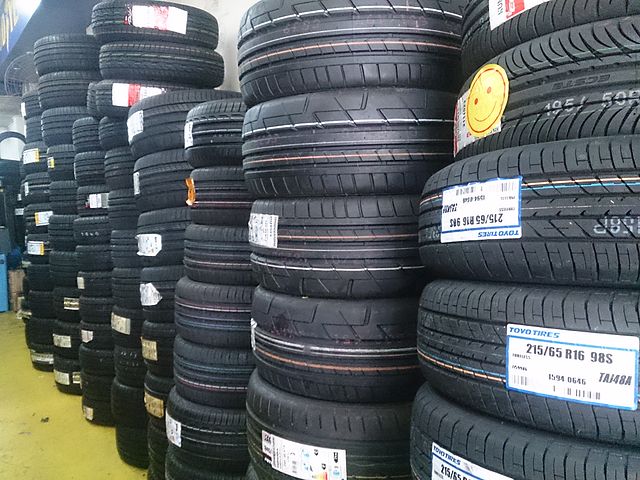 We all know that running a car comes with a seemingly endless list of expenses. Once you’ve bought your car and insured it, you’ve then got road tax, MOTs and servicing and the ever increasing price of fuel to run it. It doesn’t end there though does it? Repairs and maintenance costs are also necessary and no matter how well you look after your car, you will have to incur some costs to keep your car running well and safely. One of those ongoing expenses, and perhaps the most important, is replacing the tyres. Driving with worn tyres is not only dangerous, it’s illegal. If the tread of your tyre is at any point on the circumference lower than the legal level of 1.6mm then it is very important to replace it immediately. You’re putting the safety of you and your family at risk, and that of other road users, but also if you happened to be stopped by the police you could be fined, and if you were in an accident, you could find your illegal tyres invalidate your insurance. A very costly mistake to make!

An overwhelming world of choice

So you know you need new tyres, but there are so many options out there, it can be hard to work out what to buy for the best. Are premium tyres worth the high price tag? Are retreads and part worn tyres great value or are they a safety risk? Is buying budget tyres a false economy in the long run? We will look at all these options and weigh up the pros and cons so you can make the best decision for your own vehicle when it comes time to replace your tyres.

We’ll first look at retreads. A retreaded tyre is basically an old, worn tyre, that has been reconditioned, with new treads added to the tyre. Retreading is very common with lorries, lorry tyres are made with several ‘lifetimes’ in mind, but it is less common with ordinary cars. Retreads are perfectly legal, as long as the new tread is above the legal minimum depth of course. A retreaded tyre will cost you less than a brand new tyre, and some people choose retreads due to the fact that they are recycled, and so have less impact on the environment than newly manufactured tyres.

However, retreads do have some disadvantages too that definitely shouldn’t be dismissed. Retreads simply won’t last you as long as a new set of tyres. They’ll wear quicker and need replacing sooner. The reduced cost of retreads is reflected in the lower mileage you’ll get out of them. If you desperately need a new tyre but are really short on cash, then a retread is going to be a better option than driving with a worn tyre, but investing in a new tyre would ultimately be the most advantageous as retreads can have some other issues such as increased noise and reduced grip and steering precision.

So now let us take a look at part worn tyres. These are likely to be the cheapest tyres you’ll find, so it can be tempting if you’re simply looking for the cheapest option. Part worn tyres are exactly that. They are tyres that are still within the legal limits when it comes to tread depth. They could have come off a car that has been written off but the tyres are still okay, or perhaps someone upgraded their tyres before the depth reached the minimum legal limit. There are several problems with part worn tyres though. They may be legal, but many sources recommend that the legal limit of 1.6mm is just not truly safe and you should replace your tyres before they get to this level. When you buy a part worn tyre, it may only have one small patch with a low tread, but to be road legal, the entire tyre has to be compliant, so you could end up having to replace the tyres again very soon.

A part worn tyre is never going to last you as long as a new one. You also don’t know the history of the tyre. These tyres could have been removed from a vehicle that was involved in an accident. Tyres are easily damaged in accidents and there could be issues with the tyre sidewalls. Even a bit of bad parking can cause sidewall damage which could drastically reduce the longevity of your tyres or make them prone to a blowout. The tyres could also have been repaired in the past which again could cause you problems. You’re taking quite a gamble when you buy part worn tyres and as such, they are not really recommended except in circumstances when you know the history of the tyres, for instance if your mate has decided to upgrade to premium tyres and is offering you their old ones for a bargain price. You know he’s not had them long and you’re sure he hasn’t damaged them. 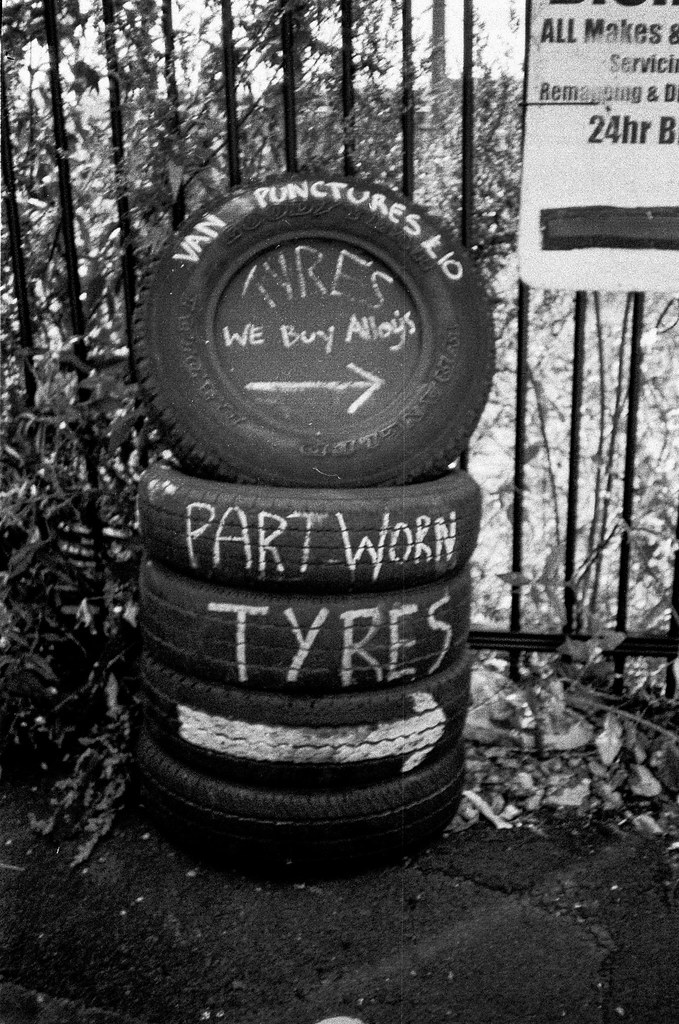 There are strict regulations in place when it comes to selling part worn tyres, but there is a big problem with retailers not actually meeting the legal requirements. Trading Standards, in conjunction with TyreSafe conducted research which showed that out of 152 retailers, only 13 met the legal requirements for the sale of part worn tyres. A worryingly high statistic!

So you’ve decided that the best and safest option is to simply spend a little more and buy brand new tyres. So now you’re faced with yet more choices. Do you opt for cheap budget tyres, or spend more for premium tyres? You’ll find tyres available covering a wide range of price points, and at first glance, they all look pretty much the same. But those looks can be deceptive and there are some big differences between budget tyres and their more expensive counterparts.

Premium tyres are manufactured from higher quality rubber than budget tyres. This means they will last longer. They’ll wear slower and more evenly and be more forgiving of bad road surfaces. A premium tyre will also perform better. When you buy a premium tyre, you’re paying not only for the more advanced materials used in their construction but also for the development, research and thorough testing these top tyres have been put through. A premium tyre is your safest option, with advanced aquaplaning resistance, increased road grip, better braking distances and a greater level of steering precision. 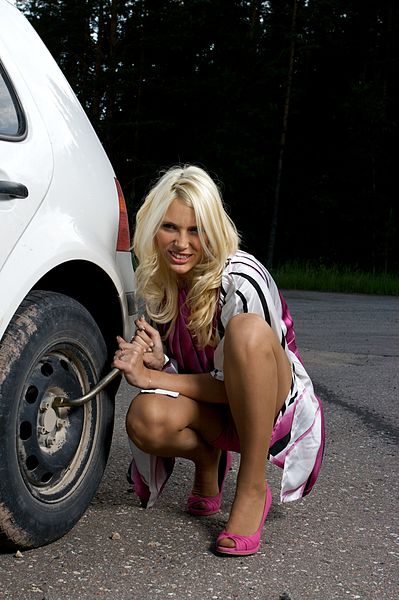 Should you replace one or all of your tyres?

When one tyre needs replacing but the others are all still roadworthy, do you need to replace them all? Well legally, you can just replace the one faulty tyre, but this can cause an imbalance. It can also put your safety at risk if you have two tyres that perform very differently in certain conditions such as in wet weather. It is recommended that you replace both the tyres on the same axle to ensure the car is balanced and so it doesn’t become unpredictable in an emergency situation. However, if you drive a 4x4 vehicle, it is recommended to replace all four tyres at once as an imbalance on a 4x4 can actually cause damage to the vehicle.

For any vehicle, size, brand, tread pattern and tyre type should all be kept the same. It’s also unwise to mix winter with all-season or summer tyres. You may be thinking that you’ll just replace your one worn tyre out of a matching set of four, with another identical tyre. The problem with this, is that a brand new tyre also performs differently to a more worn tyre, even if they are all the same type and make of tyre. If your other three tyres are pretty old, adding one brand new tyre into the mix could signal trouble. However, if you’ve damaged one tyre of a set you’ve only had fitted a few weeks ago, replacing that one tyre would usually be fine. If in doubt, ask your mechanic for their advice.

Don’t scrimp on your tyres

If you’re looking to save money, it’s really advisable to try and save that money anywhere else but on your tyres. Good quality tyres really can save lives. When you think about it, your tyres are the only part of your vehicle that actually touches the road. You could have a super expensive car, but if you’ve got cheap or well worn tyres fitted, you’re losing many of the advantages of having a great car. So buy the best tyres you can afford and be very wary of retreaded or part worn tyres. Ensure you buy your tyres from a reputable source and you’ll be keeping you and your family safe on the roads. Sometimes things are unbelievably cheap, and that applies to tyres too. What may seem like a bargain now, could at worst jeopardise your safety, but could easily also end up costing you more in the long run when they need replacing more frequently. Those bargain tyres could well be a false economy.