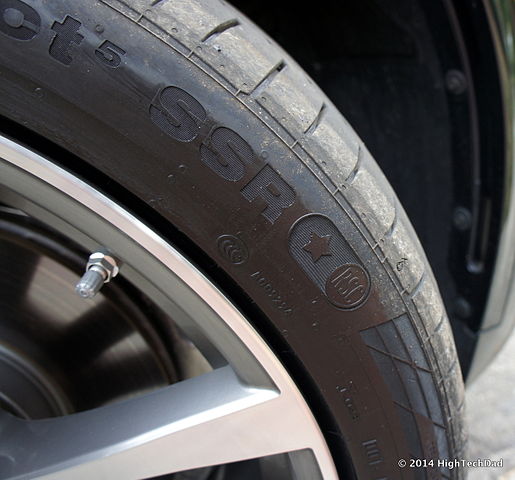 There is often much confusion regarding run flat tyres, so we’re here to explain exactly what run flat tyres are and give you the facts and advice you need to determine whether you need run flats on your vehicle and just how these innovative tyres work. If you’ve bought a car and been worried that there’s neither a spare tyre nor a foam filler kit in the boot, you may have thought that it was missing, presumably used by a previous owner, but it could be that your car is fitted with run flat tyres and so doesn’t need a spare or a repair kit.

What are run flat tyres?

Run flat tyres are specifically made to be safe to use even if they have a puncture. You can safely travel for up to 50 miles at up to 50mph with a damaged run flat tyre. This of course gives you plenty of time to get to a garage, rather than leaving you stranded at the side of the road or having to change a wheel in a dangerous location. The key to the abilities of the run flat tyre is an extra-strengthened sidewall.

How do I tell if I have run flat tyres?

Run flat tyres are becoming increasingly common with many manufacturers now fitting them as standard. There are several ways in which run flat tyres are marked. It could be as simple as the words ‘run flat’ written on the tyre wall, or it could be one of the following codes:

RFT – Stands for Run Flat Tyre and is used on Bridgestone tyres.

DSST – Stands for Dunlop Self Supporting Tyre and is (obviously) used on Dunlop tyres.

ROF – Run on Flat is a term used on tyres manufactured by Bridgestone, Dunlop and Goodyear.

EMT – A term used by Goodyear and stands for Extended Mobility Technology.

Do you want the best deal on new run-flat tyres?

We make tyre buying easy. We independently compare retailers large & small from Blackcircles to National to Kwik-Fit and many small retailers in-between. You can search for the best run flat tyre deals at https://www.tyrerunner.com/tyre-by-types/runflat-tyres

How do run flat tyres work?

While the technology and development behind them may be complex, the concept of the run flat tyre is pretty simple. The tyres have reinforced sidewalls with rugged rubber inserts, so they don’t collapse in the event of a puncture. Where an ordinary tyre would go flat, rendering the car undrivable, a run flat tyre can maintain its structure even with a puncture, and can support the weight of the vehicle enough to get you and your car to safety. 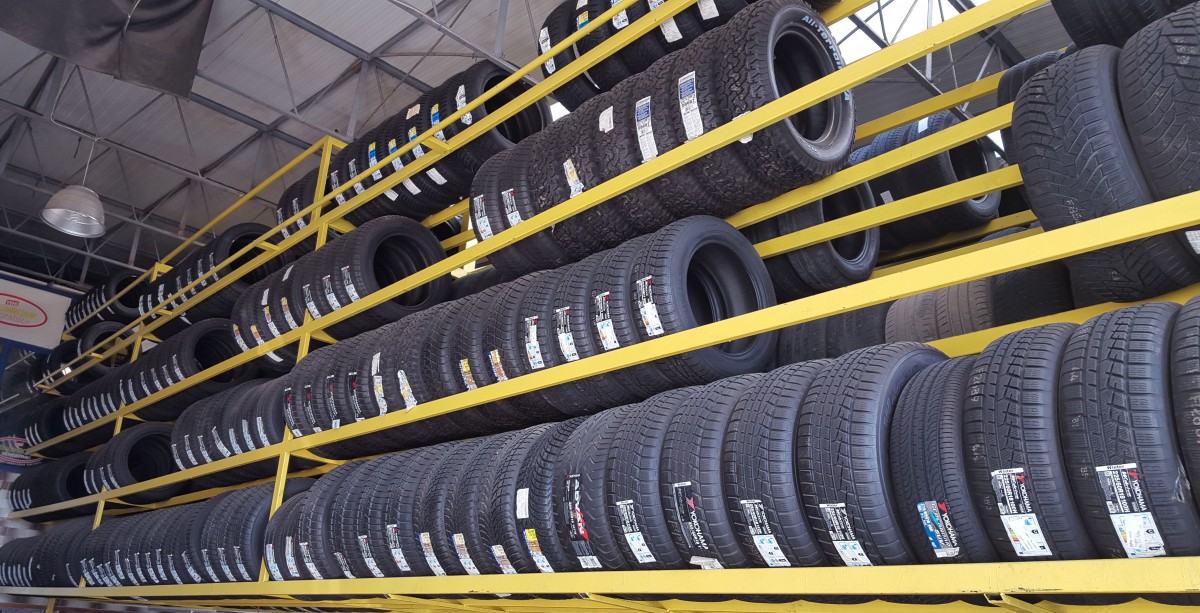 Should I choose run flat tyres or normal tyres?

There are various points you’ll want to take into consideration when you’re deciding whether or not to opt for run flat tyres. Let us take a look at the advantages and disadvantages of using run flats…

We’ll take the disadvantages first. For starters, run flats are more expensive than ordinary tyres. This could be a deciding factor for you if you’re on a tight budget. When you buy a vehicle that has been factory fitted with run flat tyres, the suspension will have been adjusted for the run flats which give an overall harsher ride, however, if you’re fitting them to a car that came fitted with standard tyres, you may well notice the difference in your ride comfort levels. Run flats can also be harder to locate, not every local garage is going to have them in stock. They are however widely available online. Another point to bear in mind is that when you have run flats fitted, you really do need to keep checking your tyre pressure. Many of us simply look at our tyres and know we’ve got a problem with that tell-tale bulge. But run flat tyres don’t work this way, they don’t bulge when there’s an issue. If you have a vehicle that displays the tyre pressures on-screen, then this might not be too much of a problem, but if you don’t have access to this information, will you make the effort to physically check the tyre pressure on a regular basis? If you know you won’t bother, then perhaps run flats aren’t the best choice for you. Finally, run flats are not entirely fool proof. They can still blow out, particularly if the side wall is punctured, and if you drive over the 50mph maximum limit, or travel more than 50 miles, the tyre can start to disintegrate.

That seems like a whole lot of disadvantages, but don’t let that put you off, we’ll now take a closer look at the positives of fitting run flat tyres…

For one thing, you’re reducing a little weight on your vehicle and you’re freeing up some boot space. If your car has a small boot to start with, ditching that spare wheel, or even the repair kit could give you some really valuable extra space. The main benefit of the run flat tyre though, is the safety aspect. Suffering a blow out can be dramatic and that can be scary. Whether you’re in town or on the motorway, it’s a dangerous situation. With run flat tyres there is no sudden deflation, that moment of panic is not there. So the run flats give you peace of mind that you’re not suddenly going to be thrown into a dodgy situation. The fact that you can drive on run flats means you don’t have to stop the vehicle. It’s pretty awful being stuck on the side of the road with a flat tyre, waiting for rescue and it’s potentially a very dangerous situation to be in. Have you even got any clue how to change a wheel or use the repair kit? If not you could be stranded for ages while you fathom it out! When it’s night time in the middle of winter and you’ve got the kids with you, it all becomes ten times worse. For lone drivers, the fact that you don’t have to get out of your car due to a puncture can be very reassuring. You simply don’t know when or where a blow out might happen, and it can be pretty worrying if it happens at night in a bad neighbourhood. 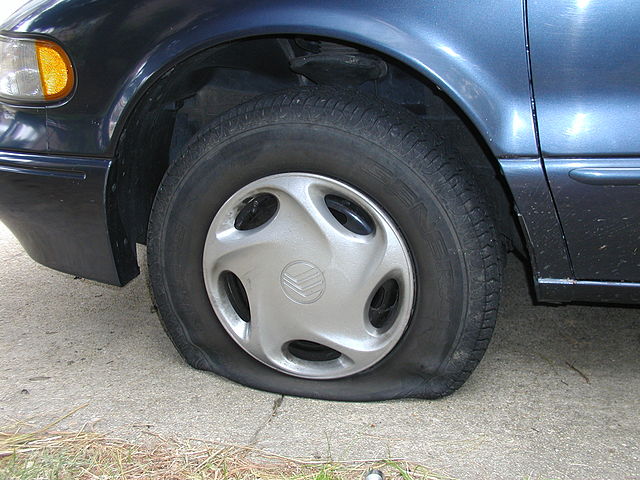 Can a run flat tyre be repaired?

It is highly recommended not to repair a run flat tyre, and any reputable garage will refuse to do this. The reason being is that once they’ve been damaged, it’s hard to see the full extent of the damage due to the reinforced sidewalls. The structure of the tyre could have been compromised during the incident and the tyres may no longer be safe. So while it isn’t a legal requirement to do so, it’s highly advised that you replace a run flat tyre that has been damaged.

When do you have to replace run flat tyres?

The lifespan of run flat tyres is pretty much the same as ordinary tyres, so you won’t find yourself having to change them any more often. Keep a check on your tread depth as always and replace when the depth is getting close to the legal requirement of 1.6mm at any point on the circumference of the tyre. Additionally, if the run flat tyre has been damaged, then this should be replaced as soon as possible.